You put the skip in my stroll...

We recently attended a concert with the Vertical Church Band on their Church Songs Tour. Worship leader and singer/songwriter, Jon Guerra, opened the concert with selections from his newly released album, Little Songs, which is filled with one anointed song after another, beginning with his exuberant song, Nothing Better, You put the song in my heart, You put the drum in my march…You put the song in my soul, You put the skip in my stroll…Nothing better than Your love, Nothing better than love that never ends, never ends…The joyous work of art, O Happy Day by Lena Zieber seems to be the perfect visual for this jubilant song! The mysterious source of this joy drew my heart back to Ephesians Chapter One for a word study on the word, mystery, from Ephesians 1:9-10…


Amplified Bible: Making known to us the mystery (secret) of His will (of His plan, of His purpose). [And it is this:] In accordance with His good pleasure (His merciful intention) which He had previously purposed and set forth in Him, [He planned] for the maturity of the times and the climax of the ages to unify all things and head them up and consummate them in Christ, [both] things in heaven and things on the earth.


New Living Translation: God has now revealed to us his mysterious plan regarding Christ, a plan to fulfill his own good pleasure. And this is the plan: At the right time he will bring everything together under the authority of Christ—everything in heaven and on earth.

J.B. Phillips: For God had allowed us to know the secret of his plan, and it is this: he purposes in his sovereign will that all human history shall be consummated in Christ, that everything that exists in Heaven or earth shall find its perfection and fulfillment in him.

Wuest: having made known to us the mystery of His will according to that which seemed good to Him, which good thing He purposed in himself, with respect to an administration of the completion of the epochs of time to bring back again to their original state all things in the Christ, the things in the heavens and the things on the earth, in Him.

Young's Literal: having made known to us the secret of His will, according to His good pleasure, that He purposed in Himself, in regard to the dispensation of the fullness of the times, to bring into one the whole in the Christ, both the things in the heavens, and the things upon the earth -- in him.
Mystery (musterion) as used in the New Testament is not mysterious or mystical but describes previously hidden truth now revealed by God and in fact describes truth that can be known only through revelation mediated from God. That which was once hidden is now revealed and a secret out in the open…it does not convey the idea of something that we cannot take in or understand even when it is declared to us. Musterion in the Bible means those truths which are part of God's plan and can only be understood as He reveals them by His Spirit through His Word. Stated another way musterion is "a secret purpose of God which when uncovered is understood by the Spirit-taught believer." It refers to a truth which without special revelation would have been unknown and  is commonly used with words denoting revelation or knowledge. Musterion is a divine secret or truth which is unknowable apart from divine revelation and which has now been revealed in Christ and the surrounding context stresses the fact that the mystery was hidden from pre-cross times,﻿ but now has been manifested to the saints of the church age.


This is an amazing illustration of the mysterious ways in which God moves—how God took two men who were mortal enemies, brought them together, and led them to Himself. He is in control…He knows what He is doing. Jacob DeShazer served the US Army Air Corps in World War II as a bombardier in the squadron of General Doolittle. While participating in Doolittle's raid on Japan in 1942, DeShazer and his crew ran out of fuel and bailed out over China. He was taken to a Japanese prison camp where he trusted Jesus as his Savior. After his release, he became a missionary to Japan. One day DeShazer handed a tract with his story in it to a man named Mitsuo Fuchida. He didn't know that Mitsuo was on his way to a trial for his wartime role as the commander of Japanese forces that attacked Pearl Harbor. Fuchida read the pamphlet and got a Bible. He soon became a Christian and an evangelist to his people. Eventually, DeShazer and Fuchida met again and became friends.

My daily relationship with our living Lord Jesus Christ reinforces my belief in the sovereignty of God, that nothing comes into my life that is not filtered through God's hands of love. I believe there are no “accidents.”  I believe that God sees the end from the beginning. He knows me intimately, He knit me together in my mother's womb, one day I will see Him face-to-face and I will know as I am known. It is His plan that’s important, not my desire. I didn't bring myself into this world, and I can’t take myself into heaven. I really don’t know what is best for me or for those I love. I ask God to make me sensitive to the reality that He is in control, and that He is using this--even this--to conform me to the image of His Son. I want that most of all. I train my mind to acknowledge God’s hand in whatever it is I'm living with. I pray, “Jesus, You know what You’re doing,”  “I will trust,” “I release it all,” because God is sovereign. He is the beginning, He will be the ending, and in between, by His grace, He lets us be part of His perfect plan, for His glory and for our good. In the meantime, I am trusting Him, resting in the mystery...

Previous posts from Ephesians Chapter One... 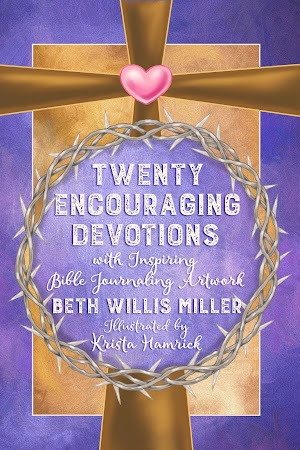