Name Above All Names: Devotions for Lent--Risen Lord 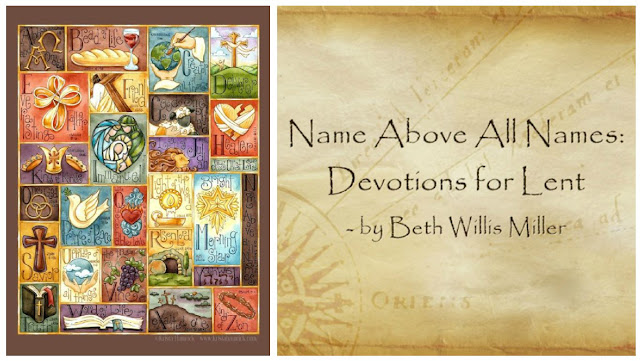 NASB:  He is not here, but He has risen. Remember how He spoke to you while He was still in Galilee

Expanded: He is not here; he has risen from the dead. Do you remember what he told you [while he was still] in Galilee?

God’s Word: He’s not here. He has been brought back to life! Remember what he told you while he was still in Galilee.

Pastor John MacArthur writes: “The resurrection of Christ is the greatest event in history. It is the main event in God’s redemptive plan.  It is the cornerstone and foundation of the gospel. According to Romans 10:9-10 in order to be saved you have to believe in the resurrection of Jesus Christ. Now, we understand that the message that God has delivered to sinners throughout all of Scripture is that death does not end our existence. That is the message of Scripture from the start to the finish, that death is merely the doorway into eternity. Every human being ever born will live forever, fully conscious either in everlasting joy or everlasting suffering.”

Pastor John MacArthur continues: “There’s a beautiful little indication by Luke here that I love. “When they entered, they didn’t find the body of the Lord Jesus.”  They could have said the body of Jesus. Lord Jesus, that is not a title used in the description of the death and burial of Jesus, but it’s a title of His by way of resurrection. God raised Him from the dead and declared Him Lord. In fact, that is exactly what Peter said on Pentecost, “Therefore, let all the house of Israel know for certain that God has made Him both Lord and Christ.”  He is now the Lord.  “He has now been given the Name which is above every name, the name Lord, that at that name every knee should bow.” “Behold, two men suddenly stood near them in dazzling apparel, like the angel who had come in the darkness when the soldiers were still there and removed the stone,” same dazzling appearance.  And as the women were terrified and bowed their faces to the ground, the men said to them, “Why do you seek the living one among the dead?  He is not here, but He has risen. Remember how He spoke to you while He was still in Galilee saying that the Son of Man must be delivered into the hands of sinful men and be crucified and the third day rise again.”

Pastor MacArthur continues: "The first great evidence of the resurrection is the empty tomb. At first, when the women saw them, verse 4, it says they stood near them.  Later, John says when Mary Magdalene came back at a later time she comes back, they were sitting.  There’s no contradiction there. This again is a very kind of natural scene.  Now, they are standing and later they’re sitting at the place where Jesus had been lain inside the tomb.  They’re wearing these dazzling clothes, like the dazzling appearance of Jesus in the transfiguration, the blazing appearance of the saints in Revelation 19 who returned with something of the glory, the Shekhinah reflection of heaven itself.  This is clearly indicating that these are divine messengers. There’s no other explanation. They’re not just young men. They’re not just angels who are men, and you can’t tell that they are really angels. They are angels who appear in the form of young men but who are dazzling, blazing, brilliant, shining beings that are obviously heavenly, and the result is predictable, as the women were terrified and bowed their faces to the ground, they are terrified, emphobos, an emphatic form of the word phobos, from which you get phobia, fear, panic, terror sets in. This, by the way, is the first announcement that Jesus is alive.  Why are you seeking the living One?  The One who is life, the One who cannot die, the One death cannot hold among the dead. And then the angels get very specific.  Verse 6, “He is not here,” why?  “But He has risen,” passive, He has been raised,ēgerthē. He has been raised. This is the only possible explanation for the empty tomb, and it is the testimony of God’s holy messengers. It is inerrant, it is authoritative, it is irrefutable, and it is a fulfillment of the promise. If you believe in the resurrection, Jesus is therefore Lord.  If you don’t want Jesus as Lord, then you better deny the resurrection. If there is a resurrection, Jesus is Lord and the Bible is true. And every man is therefore accountable to His lordship. The single greatest evidence of the resurrection is the testimony of God, given by angels from His presence and reiterated by the Spirit of God inspiring the writers of the New Testament.”

Pastor MacArthur concludes: “I will say what Biblical scholar and theologianNorval Geldenhuys has said, and it’s wonderfully said: “If Jesus hadn’t risen, the New Testament would never have been written.”  Never.  “For who would have taken to write the biography of anyone who had laid tremendous claim to Messiahship and divinity, but whose career terminated in a shameful death?  But God be praised, Jesus did arise, and that is why the group of men who wrote the books of the New Testament took up their pens with such enthusiasm and holy conviction. And throughout their writings we perceived the clear note of their firm conviction that Jesus Christ, who had died, rose again from the dead and was invested with divine power and glory.”

God so loved the world that He sent His only Son, and yet that Son was met with death and dishonor. His resurrection proved once and for all that He was indeed the Son of God. Every day we cross paths with someone who needs to hear the good news that the Lord saves. We can never fully plumb the depths of God’s character and attributes, but with every day and every experience we can discover new facets about God. May we share what the Lord has done in our own lives so that others might be drawn to Him. Each of us can purpose to do that. The most powerful evangelism doesn’t take place within the four walls of a church building. It occurs as we share with others in our neighborhood and workplace the good news of what God has done for us individually and for the whole world in the life, death, and resurrection of Jesus Christ. Ask God to bring people across your path today who need to hear the good news that God saves and that He loves them. And then ask Him for the compassion and courage to share the reason for your hope and to pray for those people.


Heavenly Father, I rejoice over the resurrection of Your precious Son! I won’t forget what He has done for me. You sent him to earth and He was dishonored, but I pray that I will honor Him by remembering the cross. I will acknowledge His sacrifice and celebrate His resurrection. Thank you that He burst from the tomb to live inside us. Lord Jesus, thank You for giving us life through Your resurrection. Thank You for drawing to Yourself those who need to believe and be saved from sin, and death, and hell, and anticipate the glorious resurrection that awaits those who love Christ. In Your mighty Name Above All Names—Risen Lord, we pray, amen.
Look Up—meditate on Luke 24:6 pray to see what it reveals about the character of God.

Look Out—as you meditate on Luke 24:6 pray to see how you might apply it to your relationships with others. Let the nature of God impact on every relationship, for your good, and for His glory.

* If you liked this post, you'll love this page -- Name Above All Names: Devotions for Lent

How this book came to be...

Krista Hamrick’s beautiful original art print, Name Above All Names Alphabet, has so inspired me. Each of the 26 individual Names she has identified are so special, as Krista has intricately painted, almost like stained glass windows, each one with its Scripture reference. Krista has said, “This is probably the painting that I have most enjoyed researching, designing, redesigning and painting. Beth Willis Miller has expanded upon each name with devotional word studies. By knowing, believing and trusting who God says He is, we can be confident in who He has created us to be.” I so agree with Krista!

Combining the beauty of Krista's artistic excellence with these word study devotionals is perfect for individual quiet reflection or small group Bible studies focusing on the Name Above All Names—Jesus Christ—and His attributes and characteristics.

Look up – Meditate on the name and what it reveals about the character of God.

With full-color art work and space for notes, Name Above All Names Devotional is a treasure for devotional reading, a resource for serious study, and a thoughtful and inspiring gift for loved ones.” (review by Michele Morin)
Weekly LinkUps…﻿
Posted by beth willis miller's blog at Monday, March 05, 2018

Email ThisBlogThis!Share to TwitterShare to FacebookShare to Pinterest
Labels: Name Above All Names, Risen Lord