Name Above All Names: Devotions for Lent--King of Kings 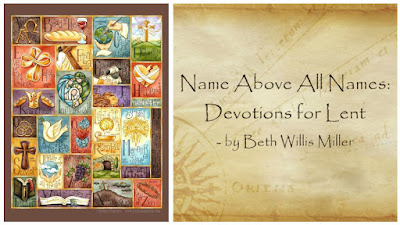 Pastor Tony Garland writes: “King of kings is basileus basileōn. Lord of lords is kyrios kyriōn. Each phrase involves two words which have the same lexeme in a relationship indicating the supreme member: the supreme King among kings, the supreme Lord among lords…All of these various heads and horns had contested for the position which alone belongs to Christ, the King of kings. Christ will obtain the kingdom, but it will be achieved according to the will of the Father.”


Pastor J. Ramsey Michaels wrote: “Here many crowns on a single head suggest many spheres of sovereignty under a single Lord, anticipating the inscription KING OF KINGS AND LORD OF LORDS finally made explicit at the end of the account. This inscription is a traditional formula that is to be understood quite literally. The rider on the white horse is about to be seen precisely as a King victorious over all other kings, and as supreme Lord, victorious over "generals and mighty men" and their armies.”

Corrie ten Boom said that after she spoke, people often showered her with accolades and compliments. But when she got back to her room, she would bow before the Lord and—just like a bouquet—offer to him every word of praise she had received. Someday every knee will bow, and we will join the elders and the company of heaven to worship the King of kings, but in the meantime, we can still worship the creator and sustainer of the universe, who is worthy to receive all glory and honor and power.


Lord Jesus, our mighty King of kings,  thank You for the pictures in Revelation of Your glory being celebrated in heaven. You are worthy! It is for You and because of You that all things exist. Give us glimpses of how infinite, limitless, and majestic You are so that Your glory is our focus. Draw us into worship. I lay my crowns before You, Lord—all that I’ve done or accomplished, all that I am, I give to You. In Your mighty Name Above All Names—King of kings, we pray, amen.

* If you liked this post, you'll love this page -- Name Above All Names: Devotions for Lent

How this book came to be...

Krista Hamrick’s beautiful original art print, Name Above All Names Alphabet, has so inspired me. Each of the 26 individual Names she has identified are so special, as Krista has intricately painted, almost like stained glass windows, each one with its Scripture reference. Krista has said, “This is probably the painting that I have most enjoyed researching, designing, redesigning and painting. Beth Willis Miller has expanded upon each name with devotional word studies. By knowing, believing and trusting who God says He is, we can be confident in who He has created us to be.” I so agree with Krista!

Combining the beauty of Krista's artistic excellence with these word study devotionals is perfect for individual quiet reflection or small group Bible studies focusing on the Name Above All Names—Jesus Christ—and His attributes and characteristics.


Review by Michele Morin: “The infinite variety in nature, the curious complexity of human behavior, the synchronicity of multiple systems in our own anatomy — and in the solar system — all point, through general revelation, to the nature of God: multi-faceted, magnificent, and yet mysterious. Special revelation in Scripture picks up where creation leaves off, and Beth Willis Miller has teamed up with artist Krista Hamrick to focus on twenty-six pieces of evidence in Name Above All Names Devotional: Focusing on 26 Alphabetical Names of Christ. The result is an alphabetical collection that resembles a twenty-six sided gem, each facet reflecting a slightly different hue of the nature of God the Son. From Alpha and Omega to King of Zion, each devotional highlights the Scriptural basis for the name in multiple translations and then provides commentary on the verses. Beth applies the truth and then invites her readers to join her in a prayer that turns the truth into a paean of praise. No mere academic exercise, the point of Name Above All Names Devotional is threefold:

Look up – Meditate on the name and what it reveals about the character of God.

With full-color art work and space for notes, Name Above All Names Devotional is a treasure for devotional reading, a resource for serious study, and a thoughtful and inspiring gift for loved ones.” (review by Michele Morin)

Email ThisBlogThis!Share to TwitterShare to FacebookShare to Pinterest
Labels: King of kings, Lent, Name Above All Names