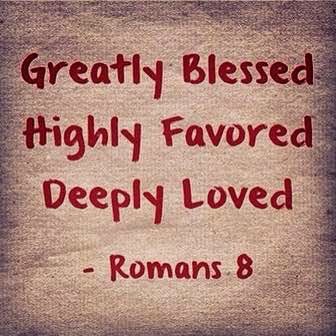 One of the most encouraging Scripture promises in God’s Word for me is John 3:16…


For God so loved the world that He gave his one and only Son,
that whoever believes in Him shall not perish but have eternal life.


I heard the most powerful illustration of this Truth one day while I was listening to radio host, Steve Brown, on Moody Radio. He shared a story about a time his daughter Robin found herself in a very difficult English Literature course that she desperately wanted to get out of. Steve said, she sat there on her first day and thought, “If I don’t transfer out of this class, I’m going to fail. The other people in this class are much smarter than me. I can’t do this.” She came home and with tears in her eyes begged her dad to help her get out of the class so she could take a regular English course. Steve said, “Of course.” So the next day he took her down to the school and went to the head of the English department, who was a great teacher. Steve remembered the event in these words: She (the head of the English department) looked up and saw me standing there by my daughter and could tell that Robin was about to cry. There were some students standing around and, because the teacher didn’t want Robin to be embarrassed, she dismissed the students saying, “I want to talk to these people alone.” As soon as the students left and the door was closed, Robin began to cry. Steve said, “I’m here to get my daughter out of that English class. It’s too difficult for her. The problem with my daughter is that she’s too conscientious. So, can you put her into a regular English class?” The teacher said, “Mr. Brown, I understand.” Then she looked at Robin and said, “Can I talk to Robin for a minute?” Steve said, “Sure.” She said, “Robin, I know how you feel. What if I promised you an A no matter what you did in the class? If I gave you an A before you even started, would you be willing to take the class?” She started sniffling and said, “Well, I think I could do that.” The teacher said, “I’m going to give you an A in the class. You already have an A, so you can go to class.” Later the teacher explained to Steve what she had done. She explained how she took away the threat of a bad grade so that Robin could learn English. Robin ended up making straight A‘s on her own in that class.

To know that I know that I know that because I have placed my trust in the finished work of Jesus Christ, I am redeemed by His precious blood…as this song says, I am a greatly blessed, highly favored, and deeply loved child of God. The threat of failure, judgment, and condemnation has been removed (Romans 8:1).

Knowing that God’s love for me and approval of me will never be determined by my performance is the most encouraging promise I cling to…I already have an A…and in Christ, so do you!


Is this encouraging to you? Please leave your comments in the box below…I’d love to hear from you!

Linking up with Holley Gerth's Coffee for Your Heart and 31 days as an encourager.
Posted by beth willis miller's blog at Wednesday, October 08, 2014