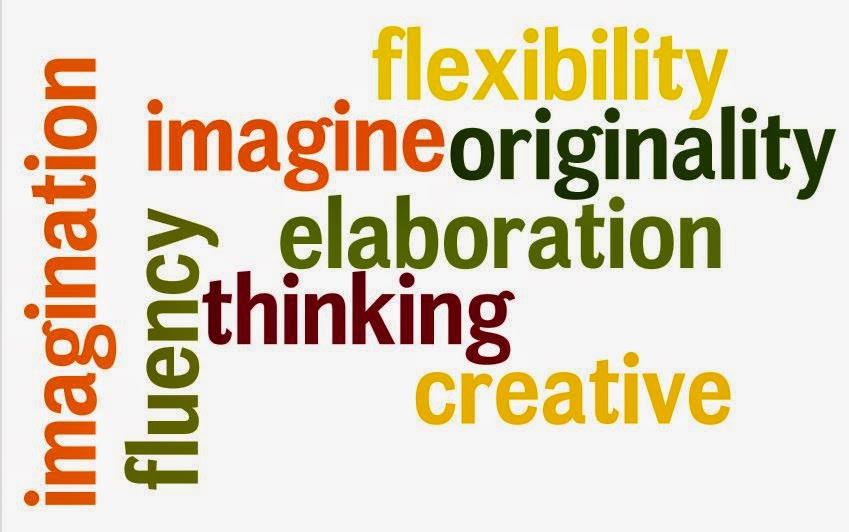 The formulation of a problem is often more essential than its solution, which may be merely a matter of mathematical or experimental skill. To raise new questions, new possibilities, to regard old questions from a new angle, requires creative imagination and marks real advance in science.—Albert Einstein


Now to him who is able to do immeasurably more than all we ask or imagine, according to his power that is at work within us.—Ephesians 3:20


If any of you lacks wisdom, you should ask God, who gives generously to all without finding fault, and it will be given to you.—James 1:5

Several years ago, I was fascinated by research showing that distractions to one’s focus, or relaxing activities like a walk, a warm shower, even a simple board game, will get the alpha waves pumping. It seems that when our minds are at ease — when the alpha waves are saturating our brain — we are more likely to direct our attention inward toward the stream of connections we retain in the right hemisphere.

New research from by Dr. Marily Oppezzo and Daniel Schwartz, a professor at Stanford Graduate School of Education, reported in the Journal of Experimental Psychology: Learning, Memory and Cognition reveals that people who rely on walks to overcome writer's block or solve a tricky problem seem to have it right. Their research shows that walking—whether indoors or outdoors—improves creative thinking. In a series of experiments, researchers compared levels of creativity in people while they walked with while they sat and found creative output went up by an average of 60% while walking.

In one test, researchers named an object, then asked a subgroup of 48 students to think of alternative ways to use it. So, "button" might lead a student to say "as a doorknob on a dollhouse." In another test, 48 students were asked to complete word associations involving three-word groups--for example, "cottage-Swiss-cake," for which the correct answer was "cheese." In three of the experiments, the participants undertook tests of their divergent thinking creativity. Divergent thinking is where you generate ideas by thinking of lots of possible solutions. Walkers scored an average of 60% higher on divergent thinking creativity than when they were sitting, the researchers say. Many people claim that they come up with their best ideas while walking. Steve Jobs, late co-founder of Apple, used to hold meetings while walking, and Mark Zuckerberg, co-founder of Facebook, has also been seen doing the same.

Dr. Oppezzo says she thought "walking outside would blow everything out of the water, but walking on a treadmill in a small, boring room still had strong results, which surprised me. This study is another justification for integrating bouts of physical activity into the day, whether it's recess at school or turning a meeting at work into a walking one. We'd be healthier, and maybe more innovative for it."

How about you, does this encourage you, or maybe even inspire you to walk a little more? Please feel free to leave your comments in the box below, I’d love to hear from you.